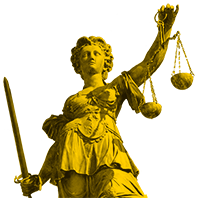 Case resources for our clients only

See our Core Principles as a Firm. Of course, core principles are only meaningful with competent, dedicated people to implement them. We think it is our people who make us stand out most, and it is our people who put our core principles to use. We maintain a small but efficient staff and leverage our case management system, technology, and other tools for thoroughness and efficiency. A brief introduction of our people follows.

Dave grew up in Wheaton, Illinois, a suburb of Chicago. He came to South Bend to attend the University of Notre Dame and then Notre Dame Law School. He grew fond of the Michiana community, its people, and its values, and has been here ever since. Dave graduated with a bachelor of science degree from Notre Dame in 1992. He attended Notre Dame on a Navy/Marine Corps ROTC Scholarship and spent his summers on temporary active duty. He then attended Notre Dame Law School, graduating in 1996. While at Notre Dame, he received among other awards the International Academy of Trial Lawyers award for excellence in Trial Advocacy, the American Jurisprudence Awards for both Trial Advocacy and Constitutional Law, and was a member of the Trial Advocacy (“Barristers”) Competition Team.

Since graduating from law school, Dave has been in private practice as a trial lawyer representing plaintiffs in personal injury cases. He is a member of the Board of Directors of the Indiana Trial Lawyers Association, a member of the American Association for Justice, the St. Joseph County Bar Association (where he serves on the Lawyer Referral Service Committee), the American Inns of Court, and the National Crime Victims Bar Association. He has served as a Judge Pro Tempore of the St. Joseph Superior Court. Dave has taught classes as an adjunct faculty member for the paralegal studies department at Brown Mackie College (formerly Michiana College) and served on the program's Professional Advisory Committee.

Dave is a Past President and current member of the South Bend Business Network International (BNI). He has taught several continuing legal education courses to other lawyers, including courses in deposition techniques and case evaluation. He has practiced for his entire career solely in personal injury law, representing injured people and their families, never insurance companies. He lives in Granger with his wife Stacey.

Amanda Herr has been working on personal injury cases as a paralegal at Cloutier Law Offices since 2012. Amanda grew up in Nappanee and graduated from NorthWood High School in 2006. She obtained her paralegal degree from Brown Mackie College, where she graduated with honors in 2008. Amanda resides in Elkhart with her husband and son.

10/09/19:  MYTHS ABOUT PERSONAL INJURY CASES, #1
Myth: I was in a car crash.  The police report says the other driver was at fault.  So I know I will automatically win the case and I certainly don’t need a lawyer.
The Truth: A police report in Indiana does usually list the primary cause of a collision, but ... Click here.

06/28/18: Department of Insurance Warns Damage from Fireworks May Not Be Covered by Insurance  Click here.

06/15/18: What do I need to know about an Independent Medical Examnination (IME)?  Click here.